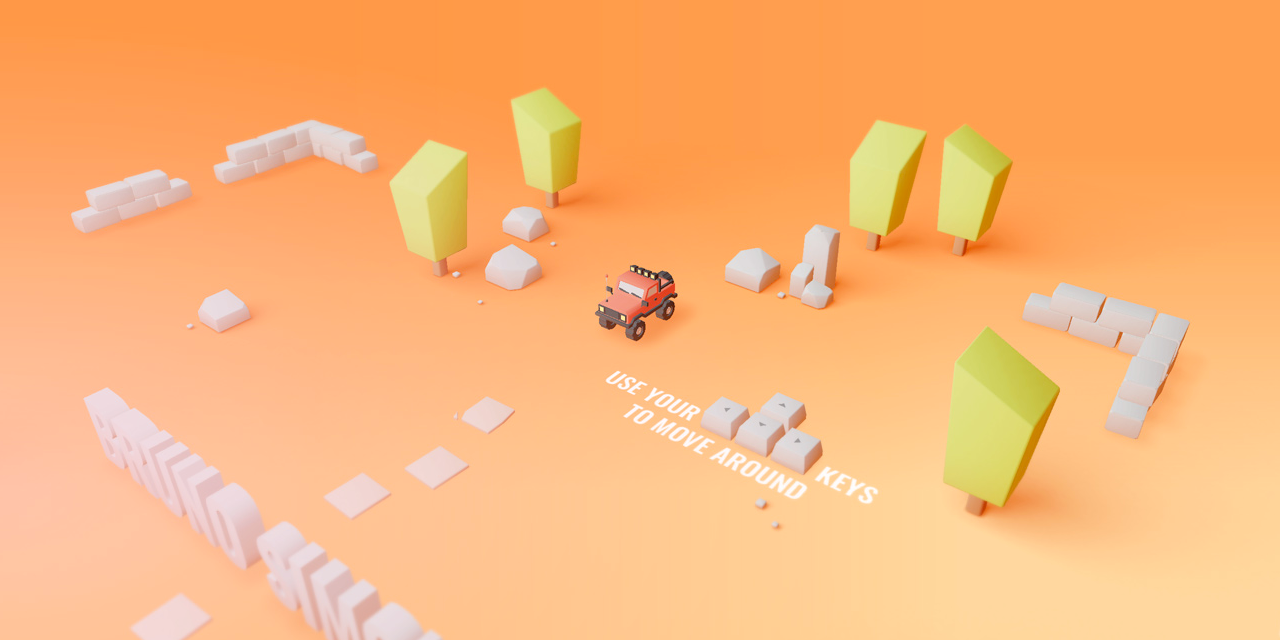 After 3 months of work, Bruno Simon decided to launch his portfolio site and send out a tweet.
‍

After months of hard but fun work, I'm glad to finally show you my new portfolio 🚗https://t.co/rVPv9oVMud

The creative and unusual approach to a design portfolio struck a chord with many and soon thousands of people spent hours playing with Bruno's portfolio. To date, more than 400,000 people have visited Bruno's portfolio and he has won Site of the month at Awwwards. He is currently in the running for the Site of the Year. Impressive!
‍

What I love about Bruno's portfolio is how he approached the idea of showcasing work. He took the liberty to make his portfolio a playground where you can see his craft and creativity in full display.

I wanted to find out a little bit more about the inspiration behind the site, so I reached out to Bruno:
‍

What inspired this idea for a portfolio site?

‍
Bruno: The reason why I developed a new portfolio was at first for my students. Each year, I help them develop their own but mine wasn’t really a good example.
‍
I’m a gamer and I’m always saying that physics isn’t used enough in web. Going for a game where you can interact with object was therefore kind of obvious.
‍
But why a car game then? I think it’s easier to navigate than a first person game and I loved Micro Machine on Playstation when I was a kid.
‍

You’ve been a developer and taught web development for the past decade. What made you fall in love with WebGL and see it’s potential?

Bruno: I don’t want to do the same things all my life. I need to vary once in a while. HTML/CSS/JS is cool, but WebGL brings so much new stuff that I had to jump in it.
‍
When I was kid, I also had a teacher that told us the basics of 3D modeling and I really liked it. And as I said earlier, I’m a gamer and WebGL brings the power of the GPU in the browser which is the perfect opportunity to develop games!
‍

What tech/frameworks did you use to build the site?

Bruno: I used Three.js for the WebGL rendering and I really couldn’t do it without this library. I’ve done native WebGL and it’s way too hard. It takes hundreds of line of codes just to have a rotating cube.
‍
For the physics, I used the Cannon.js library which is simple and efficient.
‍
For the modeling, I used Blender. I tried many 3D softwares like 3DS Max, C4D, etc. but, to me, Blender is the best (especially since the 2.8 update).
‍

Did you have to learn anything new to build what you had in mind?

Bruno: Not that much. It’s a combination of many techniques I’ve learnt this past few years, especially at Immersive Garden where I worked for 3 years.
‍

You have gotten so much love on Twitter! Why do you think this has resonated with so many people?

Bruno: I still don’t know what happened and why people like my portfolio this much. I think it was just the right idea at the right time with good tweaks.
‍
And I hope to see new websites come out in the same vein. The code is actually open source and people can just take it and do what they want with it.
‍

Have you gotten a lot of gigs or job offers?

Bruno: I would say “unfortunately” yes. I received lots of job offers, freelance projects, people that just wanna hangout and talk about WebGL, interviews and even conferences, which were really great opportunities!
‍
However it was a little too much for me and so unexpected at once, and I spent hours just answering people. But obviously I'm so thankful bout these, that’s why I wanted to take the time to answer all messages one by one.

Now, things are finally settling down a little so I can breath again!
‍

Bruno: The Cybertruck wasn’t the hardest thing to model as you might have guessed. Too bad Elon Musk never replied! Almost everything had been done in Blender.
‍

Bruno's portfolio is yet another example of what creativity can question the norms and produce something new and inspiring. Thanks Bruno!