How (not) to start a startup 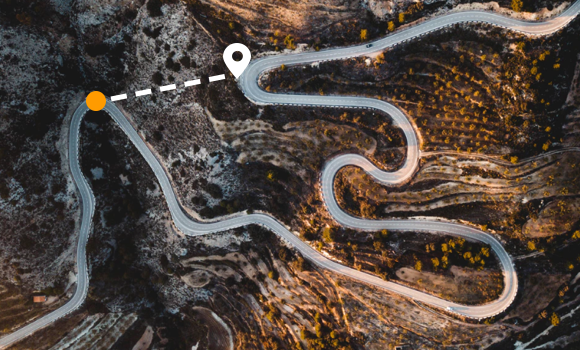 I’ll get this out of the way - I can’t tell you the best way to start a startup. I’ve started two companies in my life, one has all but shut down and the other is just starting to pick up some steam. I’m by no means an expert on building businesses, I’m still learning as I go.

I do have some expertise in another area though, I can definitely tell you how not to start a startup. Before working on Pastel I started a company called LoftShare. That’s the one that has all but shut down.

When I started LoftShare, I was 23 and just out of university. I was full of irrational confidence and was ready to take on the world. Along with my cofounder, we started building a solution to help people find roommates and a few months later somehow ended up with a marketing tool for real estate agents. Believe it or not, we were convinced we hadn’t pivoted and that we’d eventually get back to solving the roommate problem. Spoiler alert, we didn’t.

Now here’s the problem, neither of us had any experience in real estate and we knew next to nothing about the industry. But with that irrational confidence still going strong, we looked at the existing tools and thought they were so bad that anything we put out would do great. You already know how that went.

Long story short, we built a niche tool that a very small segment of real estate agents found useful. Even more of a bummer, those agents tended to be early in their careers and weren’t willing or able to pay much for software. We had some customers and we tried a lot to get the company going; I even started working on getting a real estate licence. But in the end, we realized it wasn’t working and the whole experience was a really good 2-year long lesson on how not to start a startup.

So with the background out of the way, here’s what I learned about how not to start a company.

You don’t need to have 20 years experience in a given field to be able to start a company around it. Sometimes it’s even better to be an outsider with a fresh perspective in order to solve a problem in a creative way. But be cautious of industries that have a lot of regulation or barriers to entry - I’m looking at you real estate.

It’s a lot less difficult if you start something in a field you’re at least familiar with. The best position you can be in is to be solving your own problem. Having a deep understanding of the problem, your target users, existing solutions and why they’re not great can go a long way. But first, just make sure other people have the same problem too.

However, it’s not always possible to work on something like that. If you’re not up to speed with the industry you want to work in, the next best thing is to find an advisor or a mentor that’s knowledgeable about the space. Ideally, they should also be honest and even a little blunt. You want them to be able to help you but also to tell you if your idea sucks.

Don’t be afraid of boring ideas

Having a cool idea around VR or blockchain is exciting and can often attract investors eager to get into the space. But if you need 10 slides and half an hour to explain your business model, you might have a problem.

Sometimes the boring ideas that the vast majority of people don’t get excited about can be the most lucrative. Solving a huge problem for a small group of people that can pay a lot of money is often better than fixing a small inconvenience for a ton of people that would be hesitant to pay you for it.

If you find a innovative way to help large warehouses keep better track of their inventory, you’ll probably be able to make a lot of money. For most people, that’s not a very exciting space to be in. That said, I’m confident there are a lot of people that are very successful but you’ll zone out 30 seconds into them telling you what they do. So don’t be afraid of the boring ideas.

Talking to your target customers early on is vital. It can help validate your idea, get a better understanding of the problem and how to solve it, and even motivate you to work harder.

But sometimes, you can get negative feedback that’s disguised as validation. People don’t like saying negative things, especially if they don’t know you very well. If they know you’re working on a new idea and are just starting out, they may try to encourage you even if they don’t think what you’re working on is good, just to avoid putting you down.

If a potential customer tells you “That’s a great idea, lots of people will find it useful. It’s just not right for me”, you should be very, very sceptical. When you’re just starting out and have put a lot of work into something, you can start to cling onto anything positive. I sure did.

The best way to know if people are genuinely excited about what you’re working on and really think it’s a good idea is to ask them to pay you. Which brings me to my next point.

It’s tempting to put off charging for your product. You can always justify it by saying you don’t have enough features, the product isn’t polished enough, or many other countless reasons. We definitely did this with our first startup.

But at the end of the day, someone paying you their hard earned money is the best validation possible that what you’re working on is useful. If we’d started asking for money earlier we probably would have realised that what we were building wasn’t valuable to most people much sooner.

With Pastel, we started charging from the day the product went live. We didn’t have even a fraction of the features we wanted and there was a lot of room for improvement. But guess what, people paid us. It wasn’t a lot of people, but the few that did were validation that we were onto something. They felt the pain we were solving badly enough that they were willing to use a product that wasn’t as good as it could be. They were early adopters.

So start asking for money as soon as possible and go look for your early adopters. At the very least, you’ll learn a lot.

Your friends and family probably won’t understand what you’re building as well as you do, but they’ll still want to support you. They’ll encourage you when things are hard and they’ll reassure you that your idea is great. This can be really helpful to get you through the difficult parts of building a company, but it’s also possible they may just have no clue what they’re talking about.

When we were building LoftShare, everyone we talked to that wasn’t in real estate thought our idea was really great and that we were smart so we'd be able to pull it off. Yet when we told people in real estate what we were building, the response was less than enthusiastic. We did what I told you not to do a few paragraphs up, and we ignored the negative feedback. Instead, we listened to the praise from our family and friends, who thought it was great that we were starting our own business.

I don’t want to dismiss the importance of a strong support network. Building a business is emotionally draining and we would probably have quit a long time ago if it wasn’t for our family and friends. But when it comes to knowing whether your business idea is good or bad, they may just have no clue what they’re talking about.

Don’t expect to be successful overnight

Startups are hard, and they take a really long time. So much longer than I initially expected that I wrote a whole blog about it.

If you’re getting into this with the hopes of getting rich quick, I have some bad news. If you refer to the irrational confidence I mentioned earlier, you won’t be surprised that I had those hopes early on. Four years in, and the closest I’ve come to “rolling in it” is when I fell into a pile of leaves last year.

Of course there are outliers, but the vast majority of people don’t end up making a ton of money without an equal amount of hard work. It’s perfectly fine to start a business with the hopes of getting a big payday down the line, just prepare yourself for how far down that actually is.

These are some of the things I’ve learned from 4 years of building software startups. If you’re just starting out, I hope this will help you avoid making the same mistakes I made.

And if you’re further along in the journey, anything I should watch out for?